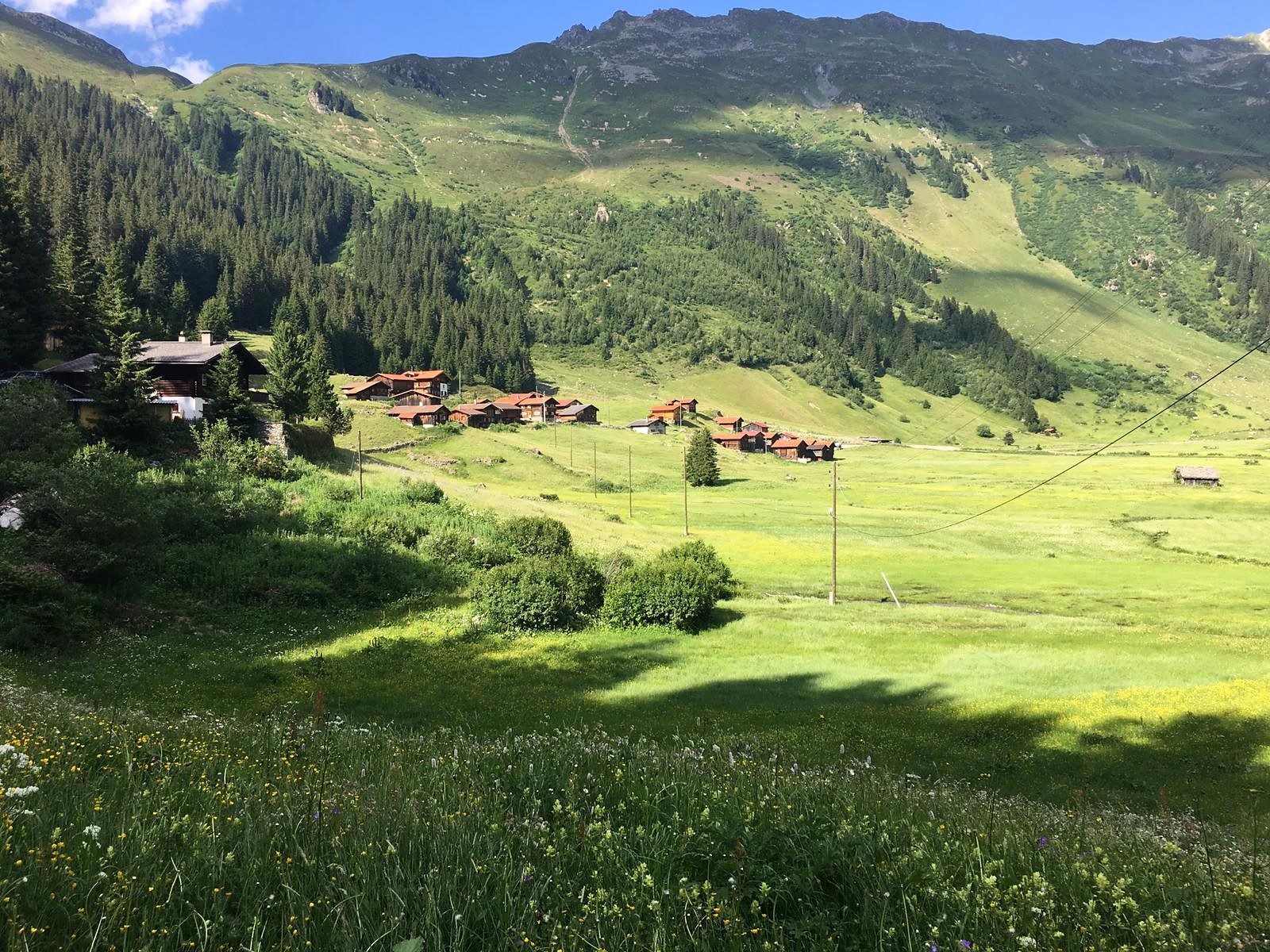 Summer in the Alps 2019 - Another Good Year. APi has long been of the opinion that the mountains are a fine place to be in the summer with space, beautiful scenery, and a huge diversity of cultures and things to do. And the trend towards people taking on more sports and activities certainly favours the mountains at this time of year as well as the ski season.

But why are we writing about summer in the Alps, just as the winter season approaches? APi is about property in the Alps, around 80% of which are rented by their owners. So, while the focus is still on the most lucrative periods of the ski season, better occupancy for the summer months can further increase rental returns. The benefits for current owners and the appeal for those considering a purchase in the Alps are clear.

Temperatures were scorching this summer; the Alps still get plenty of sunshine but the cooler temperatures at altitude are a bonus. All resorts are upping their game and competing fiercely for summer visitors. This is all good news if you feel like a break from the crowded beaches of the Med.

The trends are positive

A survey from Savoie Mont Blanc Tourism points to another good summer, with occupancy of 52% for the period, reaching 62% in August. Auvergne Rhone-Alps Tourism reports that 83% of respondents in the tourism sector said that August was a ‘good’ or ‘very good’ month. 79% said the whole summer was ‘good’ or ‘very good’ with a net increase in visitors, both French and from overseas. 65% of respondents said bookings for September were looking ‘good’ or ‘very good’. With temperatures reaching the mid-40s in the southern regions, the press is picking up clear signals of a trend here: coastal regions suffered, holidaymakers are heading for the mountains.

Cimalpes summarise the trend very succinctly "Professionals and industry observers are unanimous: summer in the mountains is on the up and up... All these factors point to the increasing popularity of the mountains as a summer destination, with traditional beach holidays on the decline."

And it’s not only in France. La Tzoumaz is part of the 4 Vallées linked to Verbier in Switzerland. Percy & Anna Kirkman of 4vallees4saisons.com run a significant sales and rental business there, which in July and August 2019 welcomed 38% more overnight stays than in 2018, and fully 50% more when compared to 2017.

"The key factors are free pedestrian use of the 4 Vallées lift network (now included in the tourist tax), a downhill mountain-bike trail into the village, more events, more facilities in the village such as the nature trail, children’s activities, the scooter descent, and the improved footpaths" says Percy. 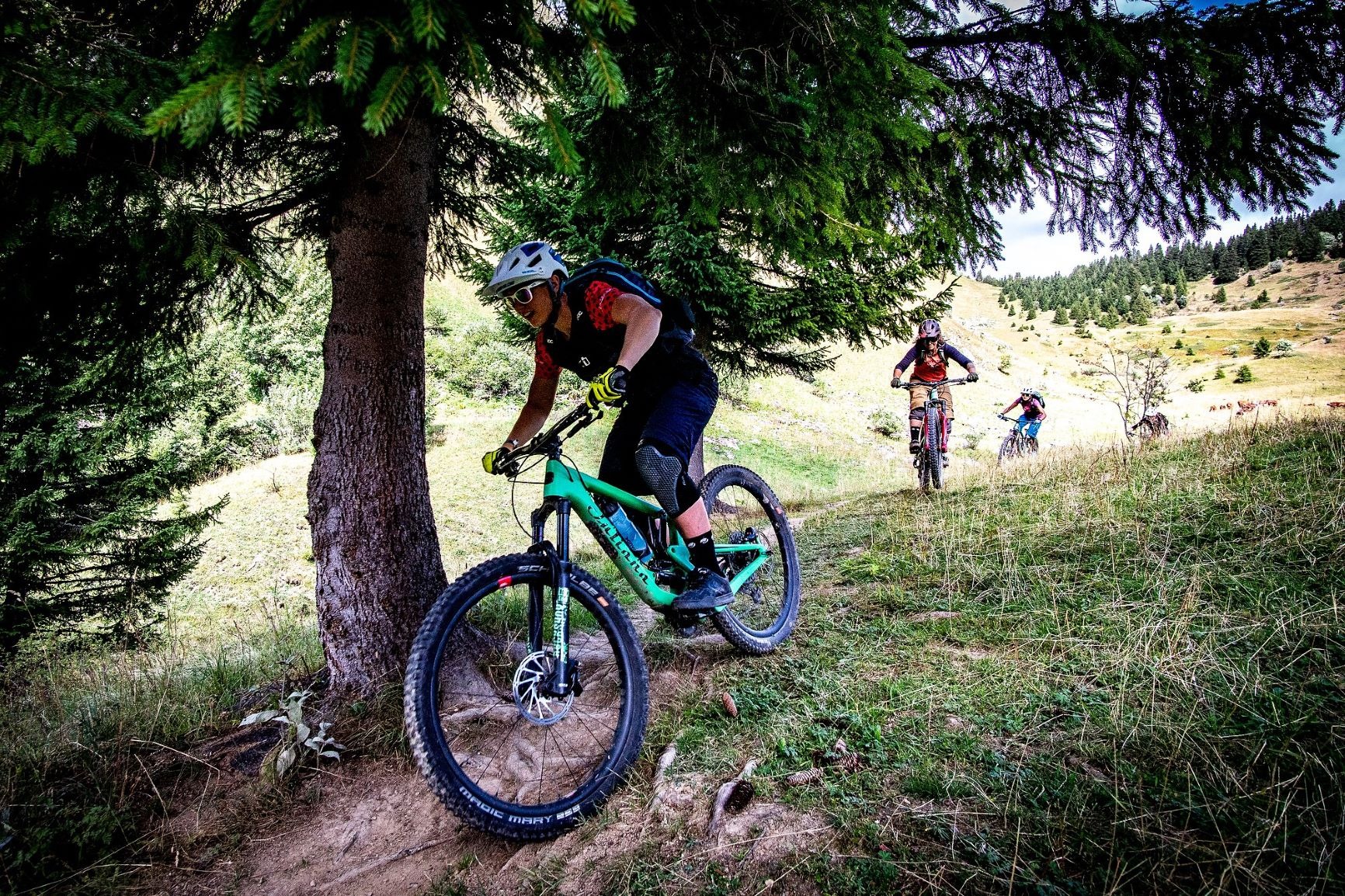 When we talk of summer activities in the Alps we are spoilt for choice, but it seems that one significant contributor is the surge in popularity of mountain biking. The ski shops transform themselves into MTB outlets for the summer with all the latest gear, bikes to buy and to rent. APi took to 2 wheels in the Engadin this summer, not without a few spills, but much fun and good exercise was had.

Morzine and Les Gets were teeming with adventure-seeking mountain bikers when we were there in August. The Portes du Soleil has invested heavily in infrastructure with 600km of marked tracks under one lift pass. Les Gets is hosting the World Cup for the next 3 years and in 2018 the French Championship was held in Morzine. But it’s not all hard core, there are trails for all levels of ability and, best of all, there’s wasn’t a cloud in the sky.

In the summer months, thousands of road and mountain biking enthusiasts flock to Kitzbühel to cycle in dramatic and bucolic alpine scenery. Yet it does not feel crowded. For the road bikers 1,200km of routes incorporate 18,000m of altitude difference. Mountain bikers can choose 800km of designated forest and alpine trails. The Kitzbühel region has the largest connected e-bike range in Europe, and with typical Austrian efficiency, 75 rental and battery exchange stations.

Verbier, always popular in the summer, hosts the highly popular 4-day E-bike Festival in August, this year 3,250 participants aged from 4 to 89 from representing 27 nationalities attended. The inaugural E-Tour Du Mont-Blanc, a mammoth 300km route into 3 countries, was a roaring success.

And the Valais region has hosted the Europe’s largest MTB race in late August every year since 1990. The Grand Raid course follows 125km of trails from Verbier, via resorts such as La Tzoumaz, Nendaz, Veysonnaz, and finishing in Grimentz. Around 3,000 participants take up the challenge, supported by 1200 volunteers and cheered on by 30,000 spectators. Not surprisingly, the event is a significant fixture for all the villages along the route.

Over in Tignes and Val d'Isère, a huge investment has been made in the bike park. The Superenduro and DH world cup in Val d'Isère have confirmed the area as a serious MTB destination. Best of all, it is free to use throughout the whole season. And with most riding above 2000m this is a big mountain experience and awesome views are guaranteed.

Thanks to our contributors