The Grand Raid, sponsored by BCVS, is Europe’s largest mountain bike race. Held in Valais in late August every year since 1990, the course follows 125km of trails between Verbier and Grimentz with a lung-busting altitude difference of 5,025 metres.

Each year an average 3000 participants take up the challenge, supported by 1200 volunteers and cheered on by 30,000 spectators. The GRAND RAID is one of the four prestigious MTB Alpine Cup events which offer participants the chance to test themselves on some of the most challenging and beautiful alpine trails in France, Italy and Switzerland.

This year’s event will be held on Friday 23rd and Saturday 24th August 2019. On the Friday the riders register in the Plaza de la Planta in Sion, there is a party atmosphere with exhibitors, food stalls and music throughout the day. In the 15 days leading up to the event affiliated bike outlets across Switzerland, France, Germany and Belgium perform a mandatory bike check for the riders. 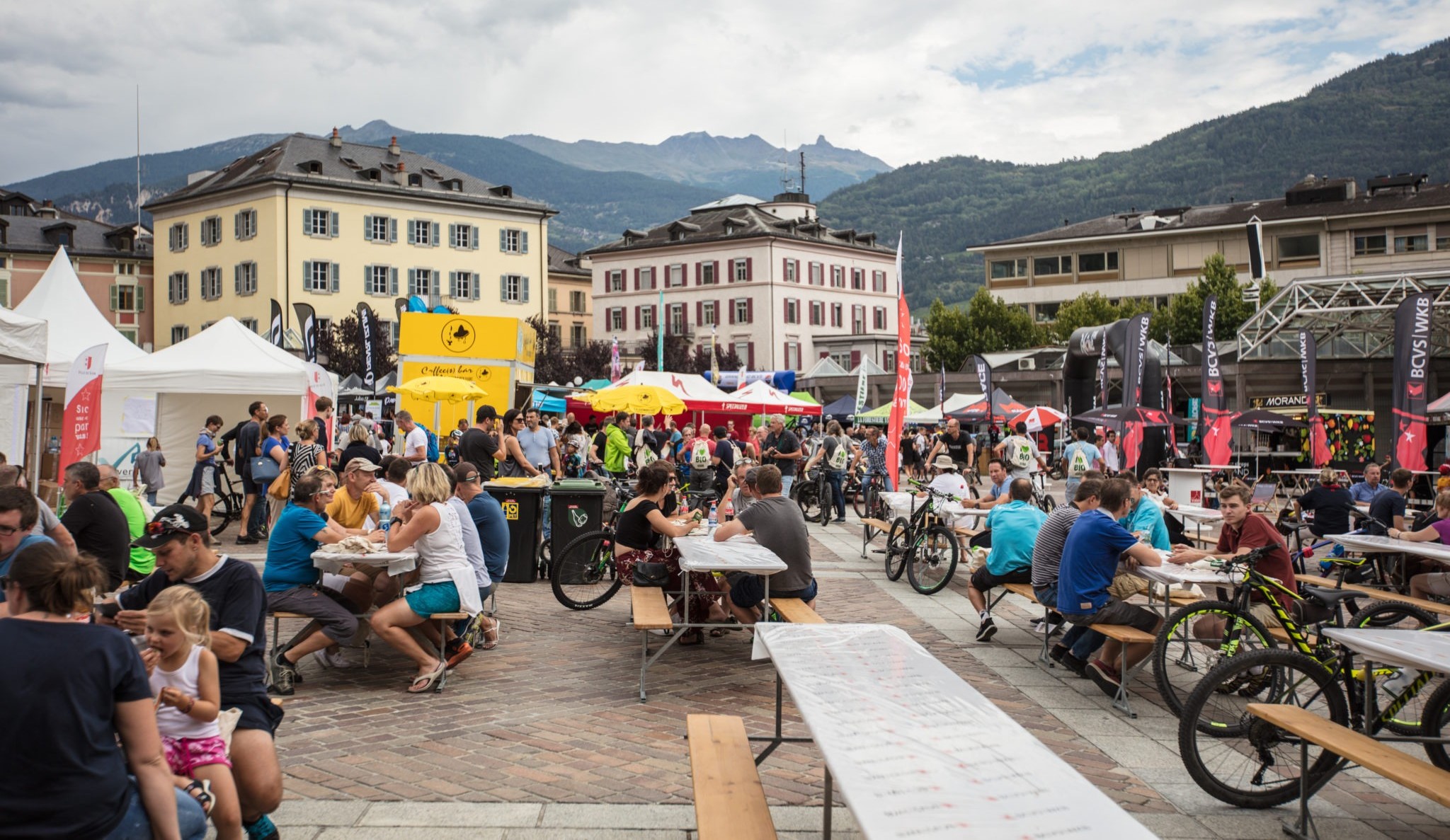 The event traditionally starts with the Raidy Net+, a race in which children aged 4-15 years can tear around the medieval streets of Sion, the capital of Valais and Switzerland’s oldest town. 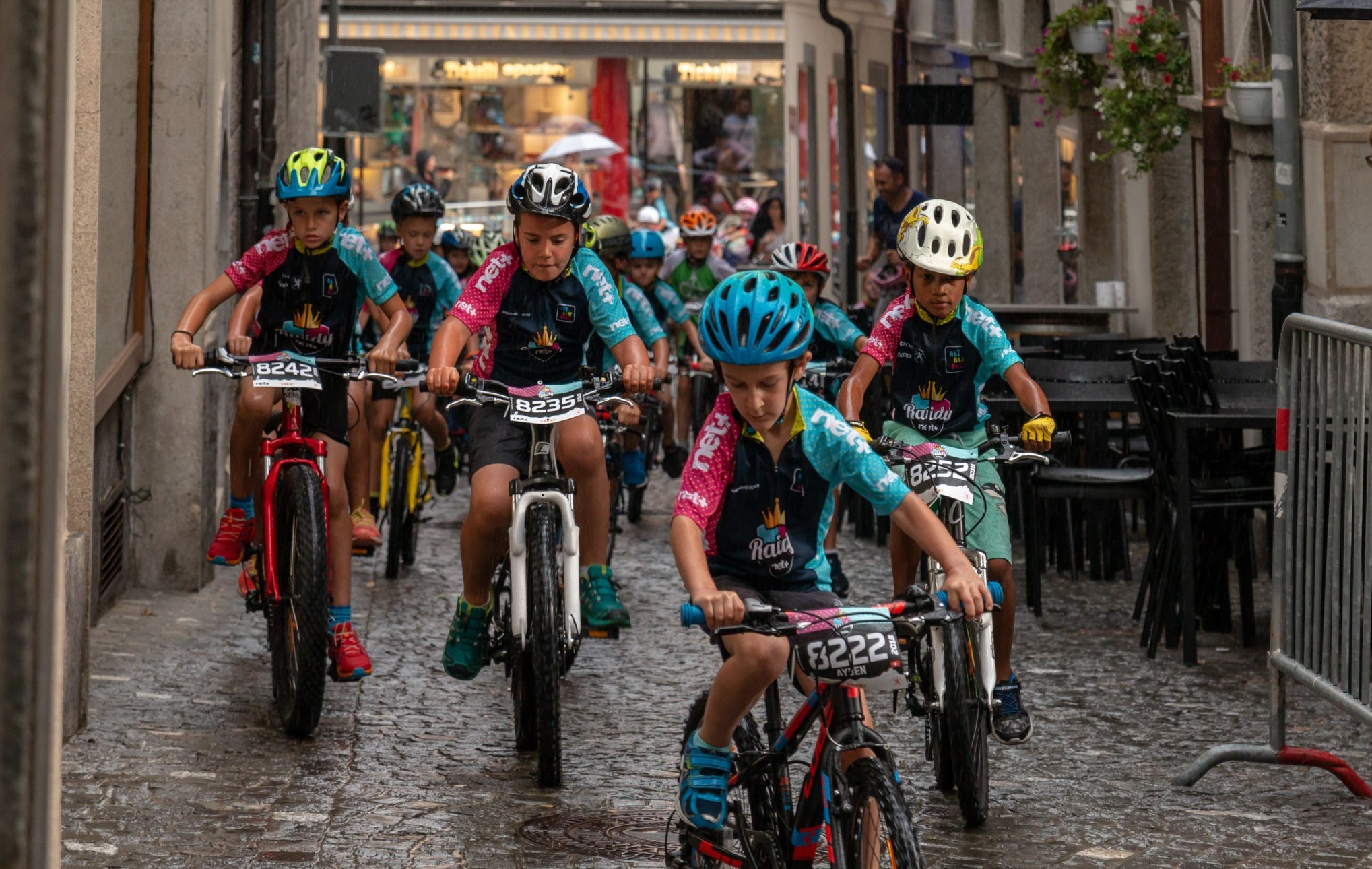 The three main events take place on the Saturday. The GRAND RAID is the largest, a 125km slog from Verbier in the West to Grimentz in the East and covering 5,025 metres of altitude. The race has 4 starting points depending the rider’s ability and confidence. 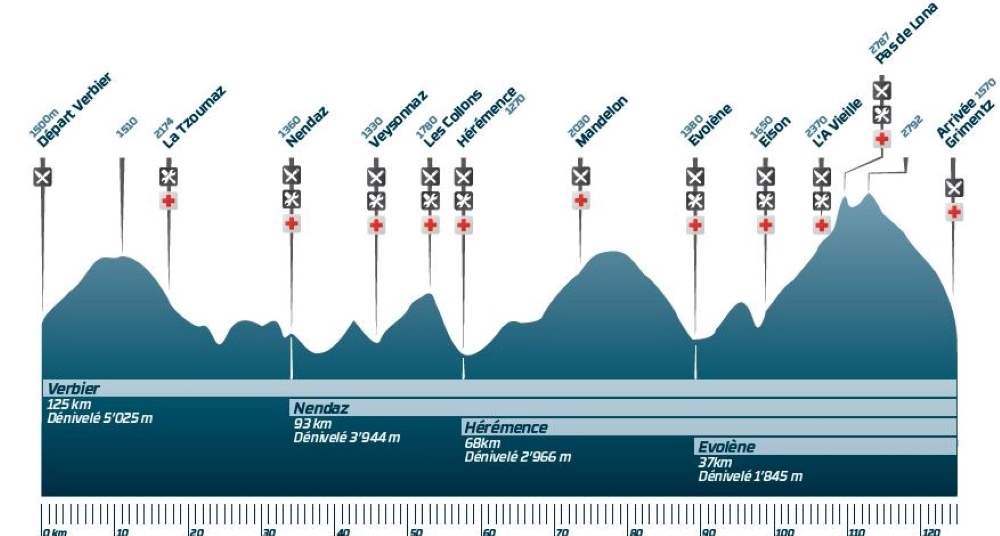 The hardcore racers start in Verbier at 06h30 and head up and over the Croix de Coeur to La Tzoumaz, enjoying magnificent views of dawn over the mountains. 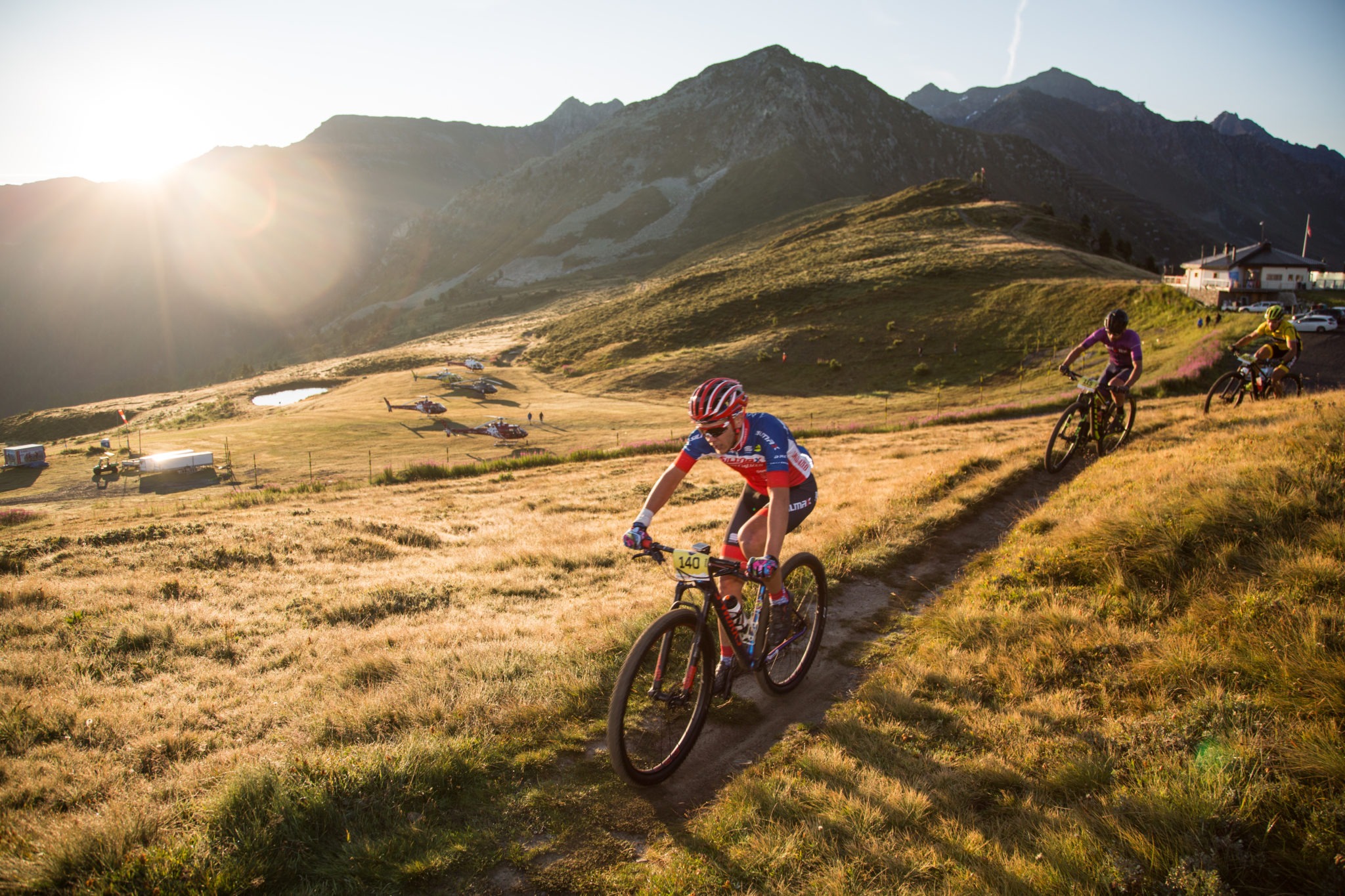 The 93km race from Nendaz also starts at 06h30 and covers 3,944 metres altitude difference. One can choose to almost halve the distance by starting in Hérémence from 06h15 and riding 68km over 2,996 metres. Or start from 07h30 in Evolène for a more manageable 37km, though the climb is still challenging at 1,845 metres. 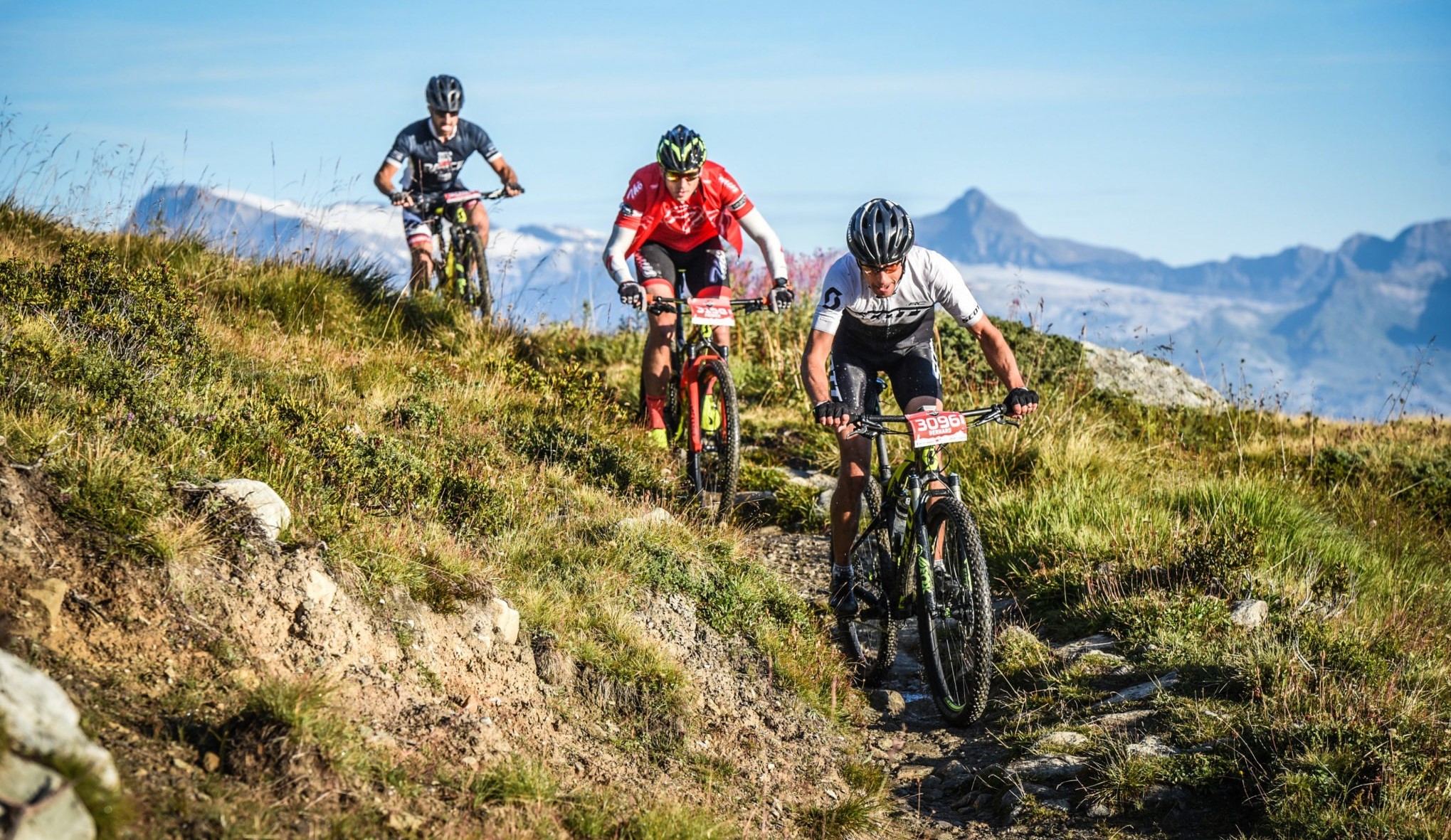 All racers must pass through the various check points en route, this one in Veysonnaz. 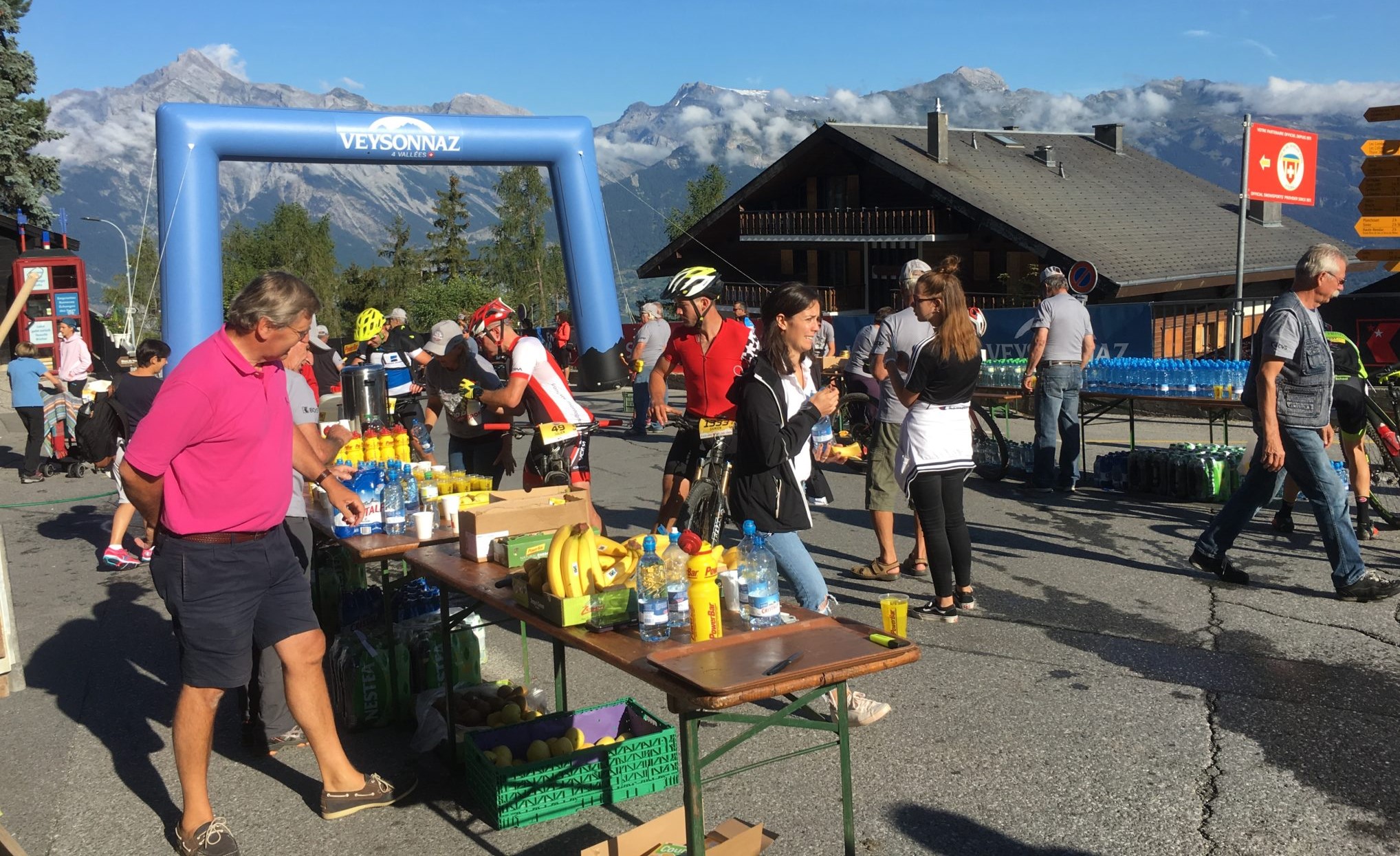 The final push towards Grimentz takes in the race’s highest point, the Pas de Lona at 2800m. This involves a scramble up a steep scree slope and asks serious questions of riders’ leg muscles and stamina. The good news for participants this year is that the recent heatwave has cleared it of snow! 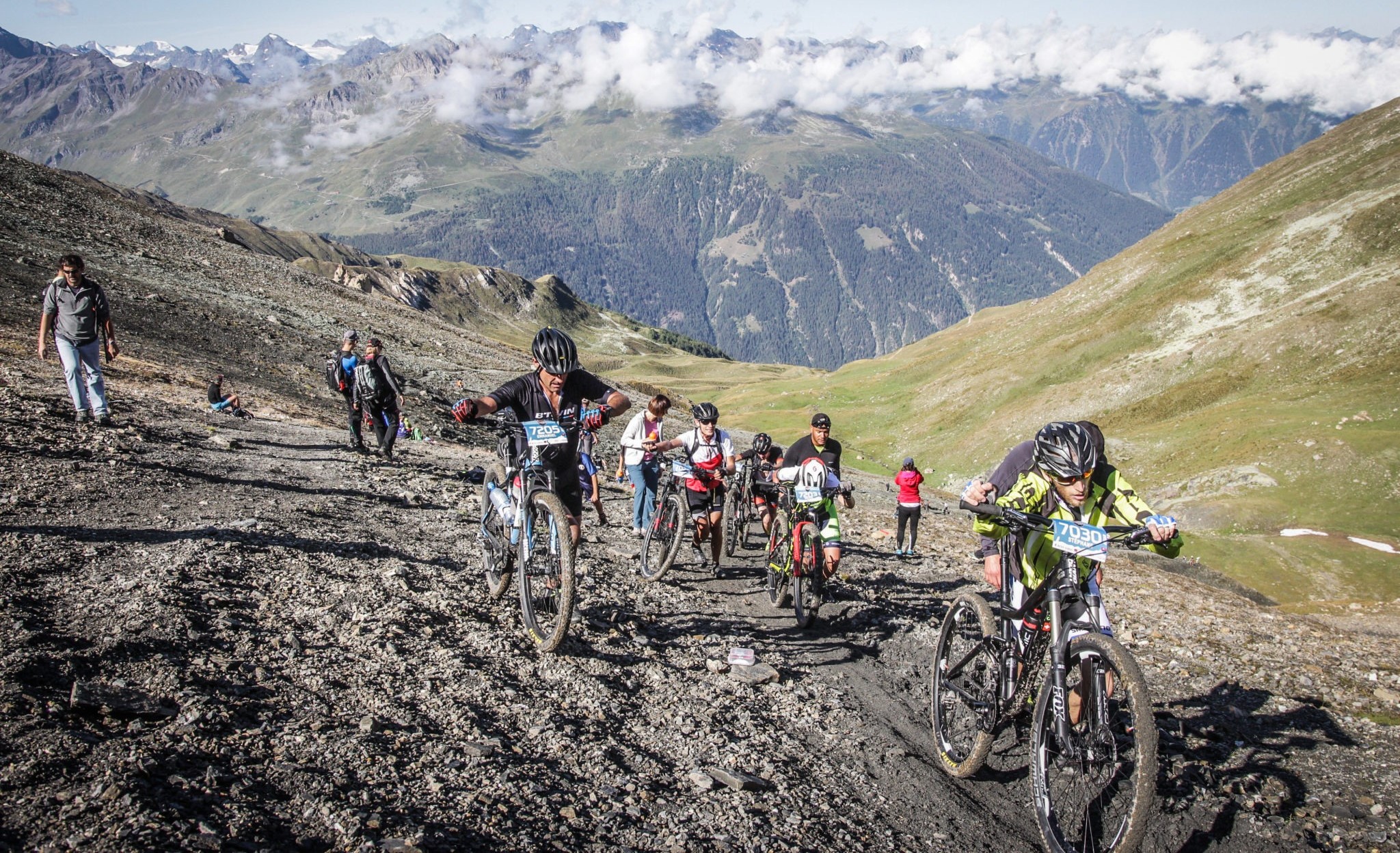 The FLYING RELAY is a team event whereby four riders take a separate stage of the GRAND RAID route from Verbier to Nendaz, then onto Hérémence, Evolène and finishing in Grimentz. 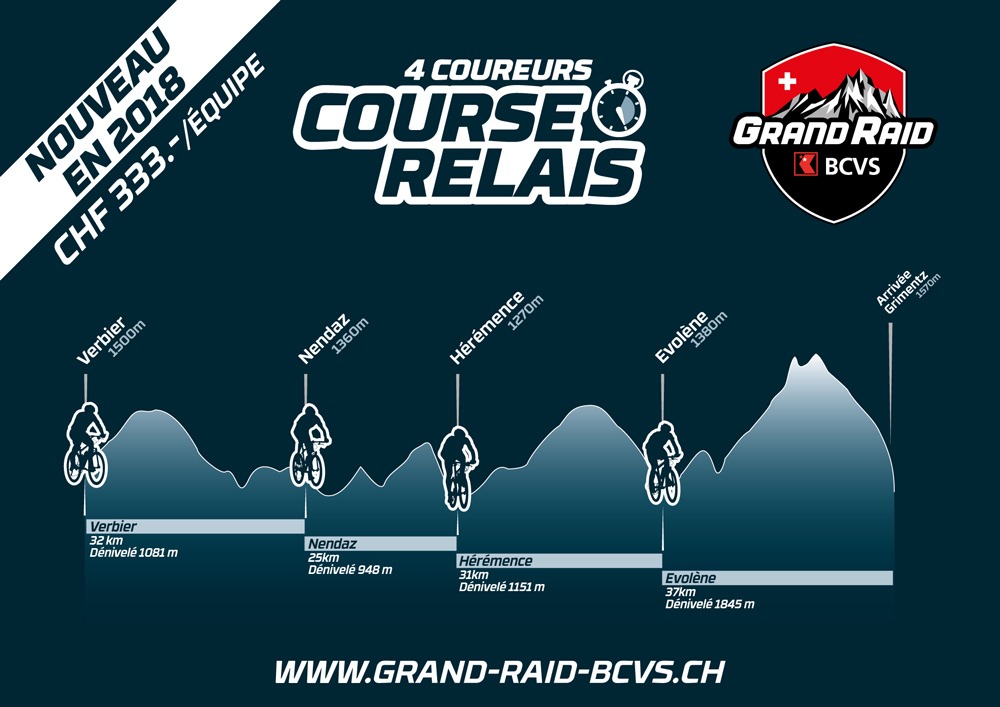 A novelty this year is the e-RAID, an event open to e-bikes and normal mountain bikes. A 55km trail with a 1500m altitude difference, this follows a different route from the GRAND RAID along the flank of the hillside between Evolène and Grimentz. Riders can choose to start at Nax instead for a 30km route. e-RAID is a course rather than a race with no ranking, pre-race checks or technical controls. The only stipulation – wear a helmet!

Prizes are awarded at the finish line in Grimentz throughout the day as the various stage winners ride down the mountain and into the tent. From 19h00 a raclette for up to 1000 guests features 6 cheeses from the pastures along the route, as well as music. The event is a significant fixture for all the villages along the route, with hotels and B&Bs offering riders accommodation packages with their bags being transported to the finishing line in Grimentz. 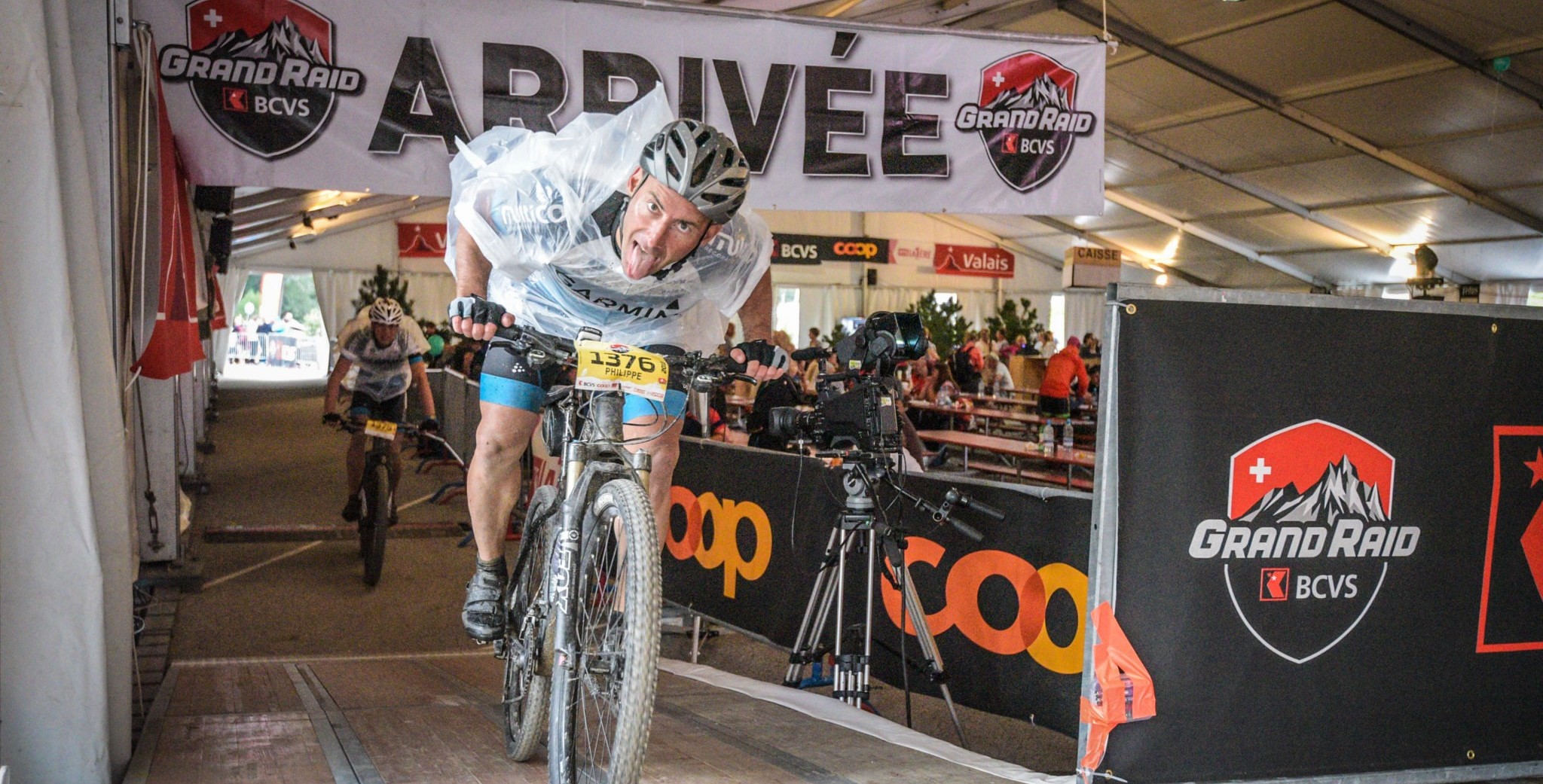 Swiss riders have won the mens’ race 19 times out of 29 since 1990. The womens’ race started in 1994 and was won by a German. Since then only two British women have broken the Swiss stranglehold. It would take a brave person to bet against the locals taking the podiums again this year.